ELEVATE CONSERVATION: OUTDOORS FOR ALL

​Clark Tenakhongva is the Vice-Chairman for the Hopi Tribe and Co-representative of the Bears Ears Inter-Tribal Coalition. He was born at Keams Canyon, Arizona, and was raised in the small Hopi village of Hotevilla, high atop Third Mesa. After attending a boarding school in Riverside, California, he served in the United States Army. 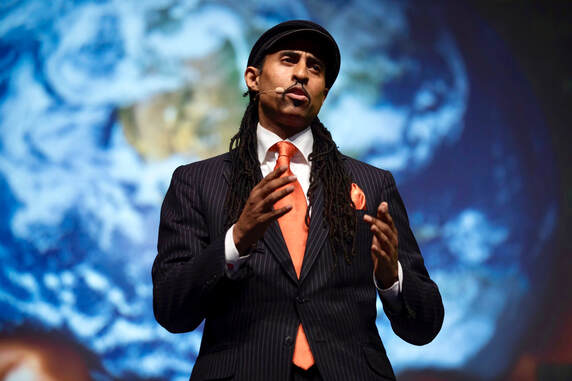 A renowned thought leader, international speaker, policy maker, community liaison, trainer, and facilitator, Dr. Mustafa Santiago Ali wears many hats, he is the Vice President of Environmental Justice, Climate & Community Revitalization for the National Wildlife Federation (NWF) and also the Founder & CEO of Revitalization Strategies. Before joining the NWF Mustafa was the Senior Vice President for the Hip Hop Caucus, a national, non-profit and non-partisan organization that connects the Hip Hop community to the civic process to build power and create positive change.  As HHC Senior Vice President, he led the strategic direction, expansion, and operation of the Hip Hop Caucus’ portfolio on Climate, Environmental Justice and Community Revitalization.

Jaylyn Gough is the Founder and Executive Director of the organization, Native Womens Wilderness as well as a freelance photographer.  The organization provides opportunities to get Native women, girls, LGBTQ2S, and non-binaries outside, as well as providing the resources to do so.  They also work in the Outdoor Industry to elevate the voices of Native people, ancestral land acknowledgements and history, navigating cultural appropriation, and collectively working with brands to acknowledge Native lands and culture. She also work in Washington DC within a cohort of other organizations to work on the Antiquities Act, as well as with Congress, Representatives, and the Senate to elevate the voices and needs of Native People. You can always find her outside wandering with a camera in her hand.

Yesica is a first-generation student at the University of Colorado Denver getting her B.S. in Psychology. She was born and raised in the Montbello community of Denver. As a high school student, she joined Environmental Learning for Kids (ELK) Leadership Corps program, where she received the help she needed to get her to her next step in life, which was higher education. Eventually, she joined ELK's Urban Ranger summer employment program. As an Urban Ranger, she taught hundreds of kids to fish, helped supervise camping trips, and began advocating for the importance of getting youth outside. After three years, she became the College Lead for the team. Her leadership since then has grown tremendously, as has her passion to help her community. Currently, Yesica is ELK's Student Coordinator where she helps lead the program that helped her, Leadership Corps. She is also the Youth Ambassador for the Colorado Outdoor Recreation Office, a volunteer for Latino Outdoors, and a Natural Leader with the Natural Leaders Network. In her free time she enjoys hiking, dancing, or binge watching Netflix shows.  ​ 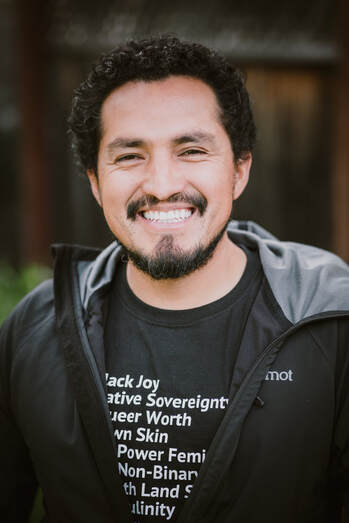 José G. González is the Founder of Latino Outdoors. He is an experienced educator as a K-12 public education teacher, environmental education advisor, outdoor education instructor and coordinator, and university adjunct faculty. He is also an illustrator and science communicator. His commentary on diversity and environmental/outdoor equity has been featured by High Country News, Outside Magazine, Earth Island Journal, and Latino USA, and he engaged in collaborations with the White House Council on Environmental Quality, U.S. Department of Interior, and the National Park Service during the Obama Administration. He also represented Latino Outdoors in several coalitions including the Latino Conservation Alliance, the Next 100 Coalition, and California Parks Now. He has been recognized with several honors, including the National Wildlife Federation Environmental Educator Award, Grist Magazine “Grist 50”, and The Murie Center Spirit of the Muries, among others. You may have also seen him in various outdoor spaces or read his poetic musings.  He received his B.A at the University of California, Davis, and his M.S at the University of Michigan School of Natural Resources & Environment. You can connect with him on social media @JoseBilingue.

A Native American drum group that originated during the 1970s now in their 2nd/ 3rd generations of singers.  Composed of many different tribes. 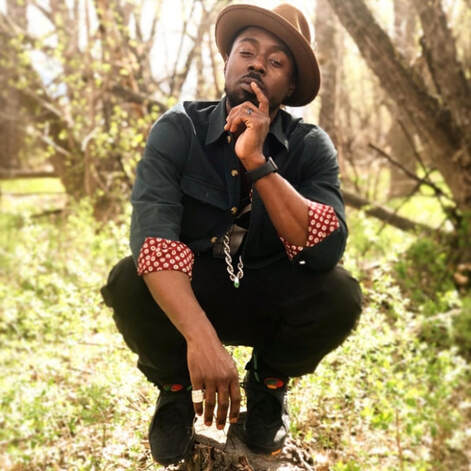 When DJ Cavem coined the term eco-hip hop in 2007, he didn’t know it would sprout into a global movement. Having performed at the Obama White House and been featured in Oprah Magazine and on the Rachael Ray Show, Dr. Ietef “DJ Cavem” Vita became known as more than just a rapper — but an activist, educator and vegan chef. Now, several years after the release of The Produce Section, his award-winning album that fused hip hop with lessons on eco-friendliness, Cavem has shifted his focus to new material. His latest project BIOMIMICZ is being released as an album/seed pack to get people involved and spur listeners into action.

From an early age Cavem has had a deep connection to environmental activism and food justice. Raised in Denver’s Five Points district, often referred to as the Harlem of the West, his interest for gardening and hip hop helped him resist the snares of gang lifestyle. Becoming vegan at age 14, he said he felt a calling to speak about these issues in his songs, “especially since most of the neighborhoods considered food deserts were people of color.” His 2007 debut single “Wheatgrass” with rapper Stic.Man of Dead Prez hit top ten on the charts in Spain and introduced him to the public as an OG (Organic Gardener). It led to his 2010 debut album The Teacher’s Lounge, followed by 2012’s The Produce Section, which featured collaborations with Speech from Arrested Development, Drummi Zeb from The Wailers, and Sa-Roc. Part album, part curriculum, The Produce Section offered lessons on organic gardening, plant-based recipes and alternate uses of energy.

​Since then Cavem has traveled the world as both a performing artist and an educator. He’s shared the stage with Nick Jonas, Public Enemy, 2 Chains, Questlove, Wyclef Jean, among others. Offstage he’s involved with numerous organizations and projects dedicated to promoting wellness, eating healthy and environmental awareness. With his wife and collaborator Arasia “Alkemia” Earth, the pair inspire and educate around the world including communities in countries such as Azerbaijan through workshops and speaking engagements. They formed a non-profit organization called the Vita Earth Foundation, which hosts health and wellness summer camps, Culinary Concerts, and their Recipes for Resistance workshops, which focuses on culinary climate action